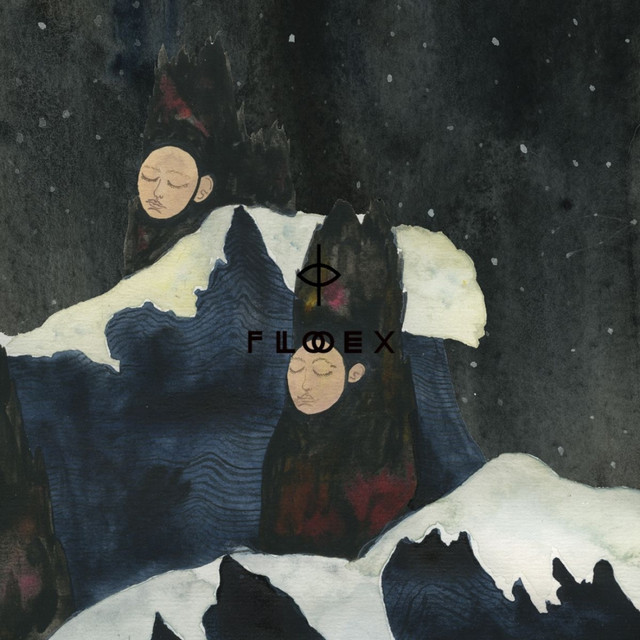 The mountain ghosts are watching the flood from the mountain tops which stick out of the water. In his latest work, Floex is expressing the melancholic mood of the last days of stability and harmony. While “Gone” thematizes instability expressed by the Apocalypse from the macroscopic view two short ambient tracks accompanying the title are the inner reflection. Released August 23th, 2013.

If things are getting unstable, the heart's fire is becoming volatile and the mind's ocean's waves start to swell. While “Saturnin …” is a very intimate song on this self-reflection of the personal psychic landscape, it easily becomes a strong epic hymn in the hands of Joe Acheson of Hidden Orchestra. With this, Joe is returning the remix favour on Hidden Orchestra's earlier Denovali Records release “Flight”, which included Floex' “Dust Remix”. It is great to listen to another offspring of the continuing dialogue between these musical mates.

There are more things that all songs of this release have in common - the typical sound of Floex' Petrof piano. It endorses the melancholic and ethereal mood of the EP songs, and the final four-hand piano piece “Time To Go” makes no exception. It includes field recordings grasping the theatrical “farewell” scene from a sound installation at the Brixen Fortress during the Manifesta festival. This song was originally created from the four-hand composition of Tomáš and his pianist friend Jirí Libánský, who met during their improvisation project “Orlak”.

The title song “Gone” was specially composed for the Floex live vocalist Sára Vondrášková of Never Sol and meant to be performed on concerts, and it indeed soon become the pivotal song of Floex' playlist. The lyrics were written by Tomáš' long-term collaborator Anya Stuart who besides being a singer, writer and musician, works also as a movie director. She is the author of the video clip.